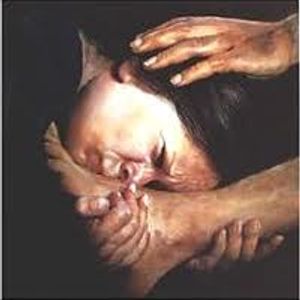 I remember as a young child that whenever I would see someone who was visibly different, perhaps had some sort of disability or disfigurement, my mom or sometimes my dad would tell me that I should not stare or make some sort of comment that would focus on the person’s differences.  The very clear message I heard was that I was to be “polite” and to ignore the difference out of politeness.  We wanted to do what we could to make the other person, and those who were with them, comfortable.

I think I learned to pretend I did not see those differences.  I learned to see and respond to what was “normal” about the other person. In and attempt to be kind, I learned to ignore who people really were.

Fast forward to today and I think we as a culture still wrestle with how to address disabilities and “undesirable” differences.  We really have come a long way in recognizing the human value of those who are different.  We understand there are more differences that we can learn to embrace than we have previously understood.  We have come a long distance in our efforts to “mainstream” and to recognize that our differences do not diminish our value.

The Bible presents a picture of this struggle in Luke 7 where Simon, the Pharisee, invited Jesus to dinner.  The story is that Simon had invited Jesus to dinner and a woman from the village crashed the dinner and washed Jesus’ feet.  Simon sees enough to know that this woman had broken the cultural norms by coming uninvited, being present in the room in which the men were eating, touching a man who was not her husband, and showing attention to Jesus in a public setting that should rightly have only taken place between a husband and wife in private.  This was a very awkward scene.  So awkward that Simon had concluded that for Jesus to allow this behavior to continue meant that Jesus could not be a righteous man. Certainly he could not be a prophet.  Simon had simply seen too much and knew that Jesus was not a holy man.

Simon wanted the woman to be removed and ignored. She was violating cultural, religious, and moral norms. He saw something very wrong taking place.  He wanted Jesus to refuse this woman and her attentions.  Simon wanted to send the woman away and to ignore that she had ever been there. Jesus would have to go through the steps to purify himself and restore his righteous standing, but this unpleasant turn of events would be forgotten with the proper responses.

Jesus saw what Simon saw, and much more.  He looked at what was happening and saw the woman as someone who bore God’s image.  She had value that was not diminished by her sin, or her gender.  He also saw her clearly enough to recognize that she repented of her sin and saw her savior.  She recognized that Jesus was not only a holy man, but that he was the one who could save her from the sin that had defined her.  Simon, bound by his culture, could only see that she was not a man, that she was not an invited guest, and that she was a sinner who was both polluting and offending his guests and himself by being in the room.  She was not someone to respect and understand.  She was someone to avoid, ignore, judge, and remove.

Jesus respected both the woman and he respected Simon.  He received the woman’s worship.  He revealed Simon’s blindness.  Jesus loved both of these people in a profoundly righteous way, and challenged the culture that needed to change.  He actually called Simon to see the woman more clearly.  He explained to Simon how the woman was doing the right thing.  He even revealed himself as savior to Simon and his guests when he forgave the woman’s sins. As he so frequently did, Jesus saw and moved toward the people that we would ignore and avoid.  He respected them and offered redemption.  He also offered Simon truth and the opportunity to receive redemption.  We do not know what Simon did with the offer.

In our experience today we have to ask ourselves what we see.  Firstly, when I see folks and I am uncomfortable with what I see, am I seeing someone who bears the image of God and has value?  If I feel the freedom, or even need, to ignore them, I most likely am not aware of the truth that this person matters.  I feel free to overlook them.  Secondly, do I, like Simon, see only some small part of the other?  Do I see them as the thing I dislike?  Simon saw a sinful, pushy woman who invaded his home and created problems for him.  When I see the person on the side of the street asking for help, do I see an image bearer who needs care and engagement, or do I see someone from whom I turn my eyes and whom I ignore.  Jesus saw the Samaritan woman in John 4 and asked her for water.  He asked her to tell him her story and then revealed himself as savior.  By all cultural norms he should have avoided her and ignored her.  Talking to her was messy.  She even questioned why he spoke to her.  She knew he should have ignored her.  She expected to be treated as a non-person because of her differences.

As we grow in our understanding that everyone around us is an image bearer we can take time to see their personhood and to hear their story.  When we move toward them, we can also see how the gospel has the answers for what they need.

There is much more to explore on this topic.  Stay tuned.