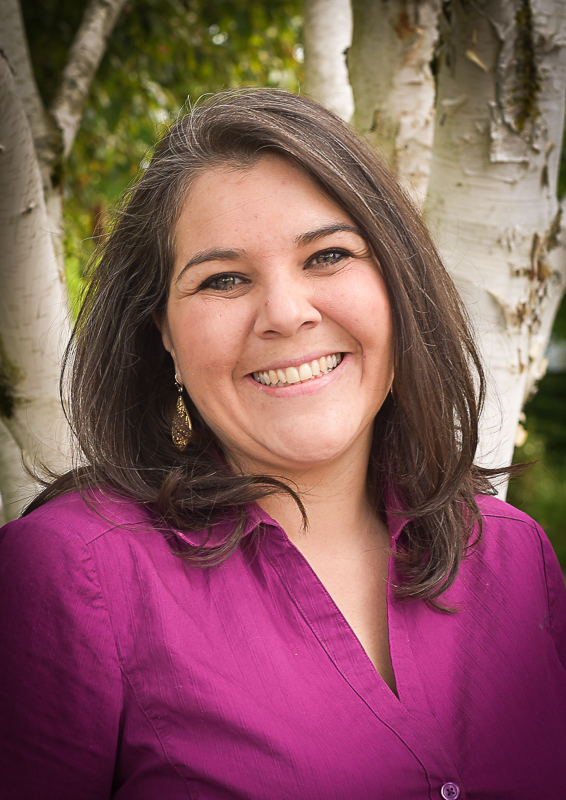 This is an idea I hear often. Whether it is someone in counseling describing the struggle not to condemn themselves, or a friend offering me well-meaning advice when I am struggling with my own perfectionism, or the content of a recent blog from a popular Christian author, it’s a common theme in Christian language.

There are some things I appreciate about it. I appreciate that it seeks to be a pointer back to grace, that in many ways it’s pushing us away from self-condemnation and guilt and that’s a good direction to be pointed in. And if you stretched it a bit you might even go as far as saying that you live in grace because grace has been shown to you. Maybe. You have to stretch a bit to get there and as you’re stretching you might begin to have an inkling that something is off.

To move this idea toward the gospel you have to recognize that grace comes to you from the Father. You deserved condemnation and were forgiven and shown favor because of Christ. This is grace. But how does it work for me to show grace to myself? It would mean that I deserved condemnation (from myself), that I ought to be punished for this, but instead I am going to give myself favor. It would mean that I am my own judge doling out the consequences to myself of my actions against myself. It breaks down even more the further you go with it. At the end of the day I don’t think it’s possible to be gracious to ourselves. It’s a non sequitur.

While I do think it’s both logically and theologically inaccurate, I think there’s a reason we say it. My purpose here isn’t to pick through our phrases with a fine tooth theological comb. I want to think more practically. I want to suggest that rather than cutting this phrase out of our vocabulary that, instead, we learn to follow it. Not subscribe to it, but follow the path it is taking us on. Let me explain…

Most often I hear this phrase in reference to things we’re working on. Maybe we’re trying to eat healthier and we are too hard on ourselves when we cave in and have a cheeseburger. Maybe we feel guilty because our house isn’t clean enough. Maybe we’re trying to be more prompt, spend less time on our phones, run more, respond to e-mails more quickly. And in the process of trying to build new habits we struggle to do so, we slide back into old patterns, and begin whipping ourselves back into shape as we gear up to try again. It is at this moment that our hearts know that we need grace. Something in us knows that a law has been broken and we’ve been tutored to know that grace is the correct response.

That’s step one. A law has been broken.

Follow the path further with me. If a man steals gold from a king he doesn’t think about how he needs to be nicer to himself, he knows mercy must come from the king for him to be ok. Likewise, when I sin against the Father I know grace must come from him. We naturally know to seek grace from the offended party. So what is this gut reaction that I need to show myself grace showing me? I’d venture to say it’s showing me that the law I’ve broken is likely my own. When grace from the Father doesn’t solve your guilt it’s someone else’s law that you’re living under. Because when you live under the Father’s law you’re covered by the righteousness of Christ. When you live under his law you know extravagant grace freely given. But if the person you need grace from is yourself, then it’s likely you’re the creator of this law.

That’s step two. This law is my own.

I think what frustrates me most about this phrase isn’t that it’s theologically inaccurate, it’s that it stops woefully short of the blessings we have in Christ. I want more for you than this. If you truly have sinned against the Father I don’t want you to settle with being nicer to yourself, I want you to know the incredible gift of his unending grace towards you. But if it’s not his law that you’ve broken and it’s your own, I long for freedom for you. Any law that isn’t the Lord’s is a slave driver and a tyrant over you. It carries no authority and yet it tells you that you ought to be punished.

When we have the inclination that we ought to be gracious toward ourselves we are listening to the self-imposed tyrant . We believe its lies that we deserve punishment for this. We confuse its voice for the authority of our Father in heaven. We know we need grace but the grace we need isn’t because we’ve left our house messy, it’s because we’ve thought having a clean house could make us righteous. We thought having a clean house was the law we were living under.

In Christ I stand before the Father blameless. The Father knows my frailty and my weakness and is compassionate to me. He is longsuffering and patient. His grace knows no end and his kindness is unfathomable. When I stand before him my failure means nothing. It can’t bring condemnation because Christ took that. Instead it becomes a place to know the character of the Lord more deeply. To experience his mercy, to swim in his grace, to know once again how much he loves me. This is the freedom I long for for you. It’s much sweeter than being kind to yourself.

This entry was posted in Blog and tagged Grace, Idolatry. Bookmark the permalink.

2 Responses to Giving Yourself Grace