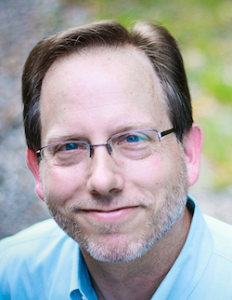 Most of us wonder whether or not such forgiveness can be real.  Is it possible for someone to suffer such trauma and then in response act with the grace and compassion necessary to get beyond their pain and actually talk with those who have done the damage they have to endure?  How can anyone demonstrate this kind of strength?  Is it real?  If so, how can they do this?

Those questions are straight from the epistle of 1 Peter.  Peter is writing to those who  are being abused.  They are being persecuted.  Some are being arrested and tried.  Others are being beaten and losing their homes, businesses, family members.  Sometimes they are being killed for their faith.  These are the people Peter writes and says “always being ready to give a defense to anyone who asks you for the reason for the hope that is in you.”  Peter assumes these brothers and sisters will have hope.  In chapter one he tells them that God, who is the Father of our Lord and Savior Jesus Christ, has caused us to be born again to a living hope through Jesus’ death and resurrection.  He tells them that their hope is to be fully set upon the revelation of Jesus, who has revealed Himself in His first coming, and will reveal Himself again when He comes back to make all things right.

As we hear that people are facing those who murdered their family members, and then granting them forgiveness, we do not have any categories to make sense of this.  It really is not human.  When they forgive those who maimed them, physically, emotionally, even spiritually we struggle to understand what they have done.  Most of us have not suffered anything comparable to what these people have experienced.  We still find it nearly impossible to forgive the wounds we have experienced.

As I have thought about this I think I understand something about why it is so hard for us to forgive.

Those who hurt us aren’t human in our minds.  They are somehow less than human.  They are sources of pain.  They are angry and act with evil intentions to hurt us.  We respond to them as if they are objects who deserve wrath and judgment for their evil.

We believe a lie.

Those who wound us, who cause our suffering and grief are themselves human beings who are acting out of their own wounds and fears.

When they hurt us we have profound choices to make.

We can react out of our hurt and try to escape the hurt.

If we do, we will become exactly the same as those who have wounded us.  We will pour out our hurt and create pain for others.  We will leave others in our trail who have been hurt just as we have.

In South Africa and Rwanda the source of the horror was earlier horror.  Those who hated their enemies had previously suffered wounds like those they decided to inflict.  Not necessarily the same wounds, but deep wounds that caused pain they had to pour out.

Another choice we have is to see the hurt that the people who have hurt us are experiencing.  To move toward them with the desire to see healing.  We can invite them to face the horrors of their own wounds and grieve them instead of pouring out upon others the same evil that they have experienced.

There is a battle that rages within us when we are hurt.  Do we face the hurt and work toward healing or do we pass the pain out of us onto whomever, in the hope that it will not continue to hurt us.

What we choose to do will depend, to a large degree, upon whether we believe that Jesus gives us grace to endure the hurt we experience.

This entry was posted in Blog and tagged Forgiveness, Relationships. Bookmark the permalink.