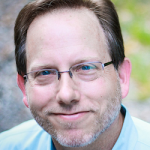 Life can be hard.

We live in a real world, with real people, and real trials.  Sometimes we find ourselves in situations that feel frightening and out of control.  It is easy to find ourselves looking for some way to gain control and find safety.  We scramble for a way to protect ourselves and feel safe again.

There are some important stories God gives us in Scripture that address this reality.

One such story is found in Genesis 22.

Abraham had followed God throughout his life.  God had called him from his father’s home in Ur of the Chaldees and told him that He was going to give Abraham a new land.

God also promised Abraham that He would give him a son.  Through that son God would bless the nations.  Abraham was 75 when God promised a son.  He waited for his son for 25 years as he learned to follow God in a variety of trials and difficulties.  He slowly came to know God intimately.

When Abraham’s promised son, Isaac, had grown to be a young man, God spoke yet another time to Abraham.  In Genesis 22 God spoke to him and told him to sacrifice Isaac.  The son Abraham loved with all his heart.  The son for whom Abraham had waited 25 years and whom he had loved for probably more than 10 years.  Isaac.

Abraham was faced with an incredible dilemma.  Obey God or spare Isaac through whom all the promises God made to bless Abraham and bless the nations were to be fulfilled.  God had created a problem.  A very big problem.  A problem Abraham could not resolve.

But over the years he had followed God Abraham had learned that this was a problem that God not only created, but could also resolve.

In my cynical moments when I wrestle with the hard places and wonder what God is doing, or perhaps not doing, I find myself thinking that Abraham knew that if he spoke the truth that the servants would stop him and Isaac would run away.  He decided to “lie” in order to do the terrible thing God commanded him to do.  I also wonder if Abraham was trying to think of some way to rescue God from the dilemma He had created.

“What can I do that will protect Isaac and still technically be obedient to God?”

I go there.  I find myself thinking that way.

Abraham honestly was not thinking that way.  In Hebrews 11:17-19 we hear what was going on in his mind.

Abraham knew, because of his long journeys following God, that God had not only created a dilemma, He had an answer.  We read in Hebrews that Abraham knew that God could raise the dead.  The promise was going to come through Isaac no matter what God commanded Abraham to do.  God had a plan.  Abraham only needed to trust God, obey Him, and watch God’s plan unfold.

When I am in hard places, I quickly shift into trying to solve God’s problems.  I look for an answer that will maintain God’s honor and my obedience.  When I do this, I am doubting God, trusting myself, and moving headlong into sin.

What should I do instead?

Trust God.  Pray.  Listen to God.  Wait expectantly for His solution.  Live with integrity and obey what God has told me.  Psalm 46:10 tells me to be still and know that He is God.  Just like Abraham did.

God stopped Abraham as his had was descending to sacrifice Isaac.  He provided a lamb.  Both Abraham and Isaac returned to the servants at the bottom of the mountain after the sacrifice was complete.

There have been times when I have waited upon God.  When I have been able to be still and I have then known in clearer ways that He is God.  He has solved the problems in which I found myself.  The dilemmas God has created.

The Bible is full of such stories.

God protected Daniel in the Lion’s Den.  He spared Shadrach, Meshach, and Abed-Nego in the furnace.

He has done so many miraculous works to take care of his people.

And I still wrestle with what He is going to do in the problem I face today.  Silly me.

The message to take away is that I need to learn more about Him.

Be still and know that I am God.

This entry was posted in Blog and tagged Trusting. Bookmark the permalink.