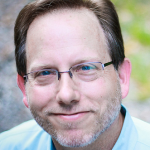 This hymn, written by Bernard of Clairvaux, captures an amazing thought. What would it look like to outlive our love for Jesus?

Hezekiah was a king in Jerusalem who also saw God’s amazing deliverance for himself and his people. The Assyrian army surrounded Jerusalem while he was king and threatened to capture the city as they had defeated and captured Samaria and the northern kingdom of Israel. King Hezekiah and the prophet Isaiah went to the temple together to ask God to rescue Jerusalem. God did. God promised that the army surrounding the city would not even fire an arrow into the city. (2 Kings 19:32) The next day, the army was still surrounding Jerusalem, but the entire army of 185,000 were dead. Not one arrow had been fired. Not one defender had died, or even engaged in battle. God defeated the Assyrians.

After that we hear of another conversation between Isaiah and Hezekiah. God sent Isaiah to the king to tell him that the illness he was suffering would kill him. Hezekiah wept bitterly and reminded God of his faithfulness to God. Hezekiah was in fact asking God to spare him. God did. Hezekiah lived another 13 years during which time it appears he outlived his love for God. I think that Hezekiah was seeing the small picture of his own life instead of the larger picture of God’s kingdom purposes. God answered his prayer, and God used the events that followed. However, Hezekiah died after doing some tragic things in his additional years. He did not serve God as well in those years as he had earlier.

In the gospels we see another man who was weeping bitterly. He too was praying that he would not die. However, he never lost his love for the Father. He did not focus on the smaller picture of his life and his comfort.

This man is Jesus.

He went to the garden knowing that he was about to be taken prisoner, tried, and crucified. I do not think that was what most moved Jesus to pray that the cup of wrath be taken from him. Jesus knew full well that the Father and the Spirit would have to turn away from him in judgment as he bore our sin. He would be alone facing the wrath of the godhead. The trinity would be ripped apart as Jesus bore the punishment for our sin. That was the terror that brought Jesus to tears. And he kept the big kingdom picture in view.

His prayer was not simply “take this from me” but was also “nevertheless, not my will be done, but yours.” Jesus was talking with the Father and was trusting Him to accomplish what was best. He did not come to the Father with the goal of telling Him what to do, and finding a way to get what he wanted. Jesus came with honest sorrow, and with full confidence that what the Father would do was redemptive and was best for the kingdom and for Jesus.

In our prayers we need to keep this focus as well. As I work with many people who are suffering and are facing crises the temptation is to love ourselves and try to lead God to provide what we think we need. We wrestle with our circumstances and want things to be more comfortable and “good.” Our prayers can become a list of things we ask God to do so that our lives are “better.” Like Hezekiah we want to live. We want health. We want the finances that are so necessary for our wellbeing. We want approval. We want our marriages healed. We want to be free of life dominating sin. We want things that in themselves are truthfully good.

The problem is not what we want. The problem is that we treat God as an object that we can use to get those things instead of the loving Father who knows better than we do what we need and loves us more than we can possibly know. We trust our own wisdom and seek the things we “need” by the tool of prayer with the goal of God’s accomplishing our purposes.

What is the solution? Like Jesus we do well to tell God of our hurts, our needs, and our desires. Like Jesus we must remember that the Father is all wise, all loving, and always active in accomplishing His purposes. He is redemptively working to build His kingdom and will accomplish our “best.” He is our loving Father who knows what we do not. He is our loving Father who does what we cannot.

When I remember these truths I can rest in Him and devote myself to worship instead of control. I find peace in my trials as I focus on my Father who is always with me, and is always powerfully at work. I trust instead of guessing whether or not the things that I face are good.

Isaiah 26:3-4 tell us 3 You keep him in perfect peace whose mind is stayed on you, because he trusts in you. 4 Trust in the Lord forever, for the Lord God is an everlasting rock.

This entry was posted in Blog and tagged prayer, Suffering. Bookmark the permalink.