The Gospel in Mental Illness

A few months ago I was asked to give a short devotional before a women’s event on mental illness at Hinson Baptist church. The blog post below is the manuscript from that talk. 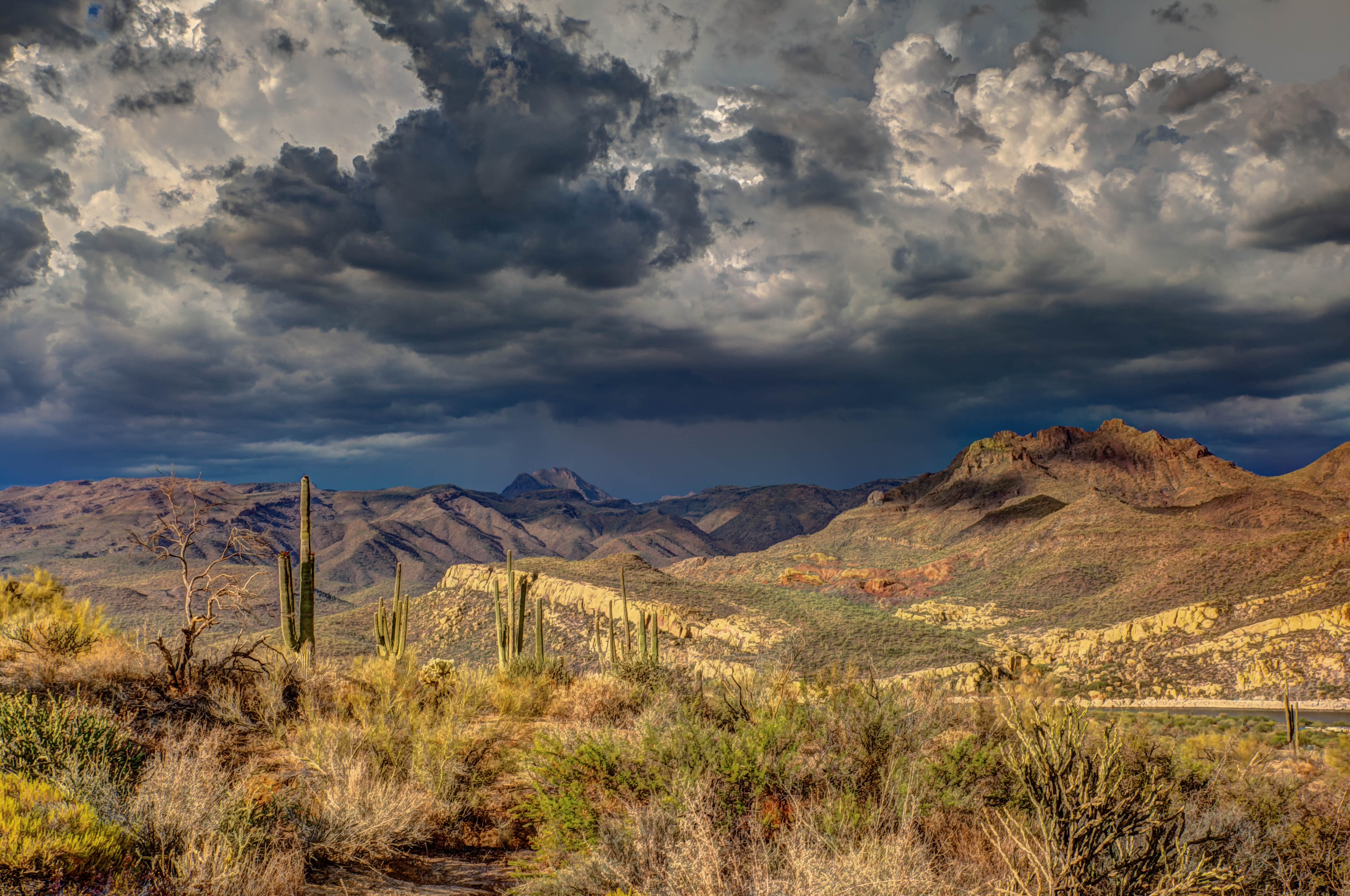 Tohu Va-Vohu. It sounds ominous doesn’t it? It’s the Hebrew words for the wilderness of creation just after God has created the heavens and the earth – when “the earth was without form and void, and darkness was over the face of the deep” (Genesis 1:2). Imagine the kind of wilderness that must have been – the stuff of creation without any form. I chose this image to start with because often in counseling, often in the face of what gets called mental illness, this is an image that makes sense to me. It feels chaotic, a bunch of things all jumbled together. And I chose this image because it strikes me that it’s a wilderness that exists before sin. Even before things get all jumbled up with sin the Lord has demonstrated his power over the wilderness. He is the God who brings order to chaos. He is the God hovers over our wildernesses. So tonight as we consider the wilderness of mental illness together I want to stop and think about 3 ways the gospel shapes this for us. First, how the gospel meets us in the experience of mental illness. Second, how the gospel intersects the complexity of mental illness. And third, how the gospel is the hope in mental illness.

First, how the gospel meets us in the experience of mental illness. What is the experience of mental illness? Well I think that image of a wilderness, of chaos, and confusion is one of the most common themes that runs throughout mental illness. We categorize things as a mental illness when they fall out of the norm – when someone begins to believe with everything in them that closing the door three times will keep them safe throughout the day, when the brain begins to hear voices that don’t exist, when sadness descends upon you for no apparent reason. There’s a chaos to it, it feels inexplicable. All the things that should normally order your world are no longer working the way they should. Your world begins to feel unordered and chaotic.

But there’s more than just that, the description of a wilderness fits in other ways as well. Because when your own world begins to be unordered, when you don’t fit into the norms of the society around you, there’s an isolation that comes with that. It appears as if life is going on as normal all around you but you, in your world, exist in a wilderness and it feels like no one else understands it. It can feel like wasteland where relationships are void.

I think the experience of mental illness is your own tohu va-vohu, a wilderness. So to understand where the gospel speaks to that experience let’s look at where Scripture leads us with this image. Wilderness is an important theme in Scripture. Think about Israel wandering in the wilderness or Jesus being tempted in the wilderness, both very significant moments in the biblical narrative. Let’s start with Israel. Some of the same language from Genesis 1 shows up in reference to Israel wandering in the wilderness. Deuteronomy 32:10-11 says “He found him in a desert land, and in the howling waste of the wilderness…” – sound familiar? Now listen to how the Lord responds. “He encircled him, he cared for him, he kept him in the apple of his eye. Like and eagle that stirs up its nest, that flutters over its young, spreading out its wings, catching them, bearing them on its pinions…” Interestingly that image of fluttering over the wilderness is exactly what Genesis describes the Holy Spirit doing over the wilderness before creation because this is the very character of the Lord, it is who he is and thus how he acts. In the midst of your wilderness he flutters over you, he spreads out his eagle’s wing above you. I love that image. I grew up in Southern California and the wilderness is the desert, and it is hot and barren. To think about the Lord being the wings of an eagle above me in the wilderness evokes an image of sheltering me from the blistering sun, protecting me.

But even more than protecting his hovering over wilderness has an ordering property to it. He is the God who brings order to chaos. He brought order to creation and he brings our wilderness into his order. The Old Testament hints at it but the fullness of it comes in Christ. Christ doesn’t just flutter over the wilderness, he enters it. The wilderness for him was a place of isolation, a place of suffering (he was fasting!) and a place of temptation. Mental illness has all of these characteristics. Often your body is being pushed to its limits, it’s not functioning, it’s acting against you. And in that place of physical weakness we are tempted just like he was. Who will you trust? What will your Savior be? Will you walk with the Lord? The gospel in the midst of the experience of our wilderness is that Christ entered those temptations and acted righteously for us. We are able to walk righteously through our own wildernesses because he has gone before us.

He knows our wilderness, he’s shown himself Lord over it, he hovers over it in power, he protects us in it, he entered it for us, and he himself becomes our means for walking through it. This is the gospel in the experience of mental illness.

The gospel in the complexity of mental illness. Mental illness is complex, there are body issues happening, and outside influences that have played a role, and things that are happening before the Lord. There are voices in our culture that are telling us that these are purely physical. And there are voices within Christian circles telling us that they are purely heart issues, products of the choices we are making before the Lord. But creation and a biblical understanding of who we are tells us that we are embodied souls. Our bodies and our hearts are bound together and affect one another. Most of you experience this every month during a special week of the month when your body makes life particularly difficult emotionally and your heart is vibrantly active in the midst of that. You have a keen awareness that it’s both your heart and your body.

Now consider what happens to that embodied soul when sin enters the world. We’re all pretty familiar with the ways sin affects our hearts. We know we turn away from God at every turn without the saving work of Christ. And if you stop and think about it you’re pretty familiar with the way sin affects your body. You feel every day the effects of death waging against your physical self, the deterioration of aging, things falling apart, sickness ravaging. But we also know that sin affects the way we think. Romans 1 describes our darkened understanding, the inability to see clearly and think straight. Sin affects every corner of the world. Romans 8 describes how creation longs for redemption. Sin hits every single aspect of the world we live in.

I love the word “gnarly” and grieve that its reputation as a word is so tarnished. But despite the surfer connotations that come with it I think it’s a great word. Think about the image of gnarled wood. A straight grain in the wood that gets all knotted up. I personally don’t know anything about wood working or chopping wood but I’m told that cutting through gnarled wood is particularly difficult. Not only is it twisted but it’s stronger than regular, even more resistant to being “sorted”. This is what sin does to an embodied soul in creation. It takes the goodness of heart and body and outside forces and it gnarls it. Twisted together, resistant to being sorted, impenetrable.

This is the complexity of mental illness. Who can sort where all the fracture comes from? Is it sin? Is it a body in rebellion? Is it the product of a broken world? Yes. To all three, in complex and varying degrees. And sometimes we are able to pull threads out that belong to one camp or the other. Sometimes we can see clearly that this aspect is the heart and that aspect is the body. But often it’s a jumbled mess that is very difficult to sort out.

While that may sound discouraging I actually find it hopeful. Because no matter where the fracture is found, no matter what percentage belongs to heart or body or creation, all of it is the product of sin fracturing the world. No matter what gnarls, what strangeness and complexity that I encounter in the midst of mental illness I know it falls into the category of: “What sin does to the world.” And given the extreme measures the Lord had to take to fix it, that he, the God of creation had to become human, had to enter the fracture, had to be put to death by his own creation, had to suffer the wrath incurred by thousands of generations, and rise from the dead in victory over it. If this is what it took to set things back on the right tracks then I know I should expect that the problems and fractures I see are extreme as well. When the complexity of mental illness feels extreme I know this is what I can expect in a gnarled sinful world because I know the extreme answer that has already been given.

That leaves us to the gospel as the hope in the midst of mental illness. Sometimes in the midst of the complexity of mental illness we despair because we can’t sort it out. But if you think about the three different factors at work in it I’m struck by the fact that Christ is the answer to each one. Christ has won my heart and actively works to transform it to love and worship him. He has paid for my sin and bestows his grace upon me. He will give me what I need to walk righteously with him no matter what. Christ has entered my fractured world. He has taken on a body himself and resurrected with a glorious body. I Corinthians 15 describes him as the first fruits of creation. He will glorify my body too, this is where we are pointed physically. And he will redeem his creation, the mountains and the hills will praise his name. Structures and systems that oppress and destroy will be shattered. He breaks the bow and shatters the spear (Psalm 46). Wolf will lie with the lamb (Isaiah 11). He will be King and the nations will praise him (Revelation 15).

If mental illness falls into the category of what sin does to the world then I know certainly that Christ has answered it. He has entered our experience, he has taken complexity into himself, and has answered with power making sin and suffering tools for our redemption in his resurrection. Whatever it is we face may he be the hope to which we cling first and foremost.